It is in the highest interest of science that more studies surrounding energy transition and integrated systems are done due to the current environmental struggles in the globe. Global warming, pollution, emissions are all factors surrounding the use of fossil fuels. Nonetheless, it is also necessary to achieve its reduction in an economically viable way for all consumers, which is the reason why fossil fuels must be at the core of transition systems.

The cumulative knowledge in the Oil & Gas sector must be a baseline to integrate systems between renewables and fossil fuels. Some experts have referred to them as backstop technologies, an intermediate between the classical use of fossil fuels and the progressive clean energy sources. Some examples include the use of oil platforms, potentially to be decommissioned, to serve as offshore wind infrastructure (Jepma & van Schot, 2016), the use of drilling techniques for building wind turbines, the use of natural gas as a transition fuel, carbon capture and storage in a coal power plant, and naturally, gas to wire.

It is in this tenor, that the current study has scientific value, it encourages the integration of different energy systems for the purpose of reducing emissions. It is well known, that flaring of natural gas exists in many offshore platforms; but it is also known that oil companies have reduced substantially the percentage of flaring in the last decades due to tighter regulation and more environmental awareness (Environmental Defense Fund, 2015).

Mexico is not characterized for being a country with strong environmental regulation, but the Energy Reform of 2013 set many boundaries in regulation that made policy makers more aware of the environmental challenges, for example, the Law of Energy Transition. The leading offshore oil & gas field complex in Mexico: Ku-Maloob-Zaap, 105 kilometers from Ciudad del Carmen, composed of three fields Ku, Maloob and Zaap which reached its peak production in 2006 (Offshore-Technology, 2019)has been flaring a significant amount of natural gas.

A recent study mainly sponsored by the Environmental Defense Fund (Zhang, et al., 2019)concluded that in the Gulf of Mexico, the national oil company, PEMEX, was flaring as much as 40% of their associated natural gas in their offshore platforms. This evidence was developed by taking satellite footage for long periods of time. One of the main challenges of energy efficiency and environmental policy in offshore activities is how to reduce the natural gas flaring (Jagtøyen Mazzetti, et al., 2014). Most companies have been able to reduce it to less than 1% of the total production.

The project modelled had this initial aim: how to reduce natural gas flaring in fields like Ku-Maloob-Zaap? The same PEMEX, company that owns and operates the field, has incurred penalties, an absurd fine of 106,000 USD placed by the regulator (CNH, 2016). to the regulator and has invested in internal modifications to reduce flaring that included a 2,500 million USD investment in an additional pipeline, compression of gas and gas injection in the reservoir (CNH, 2016), but still, the problem persists.

There are many possible paths the company can take to reduce the flaring. One that is perhaps the most, innovative, new, unexplored, is the use of a production method pioneered in the UK and Norway called: gas to wire. The method consists mainly of the use of gas turbines to generate electricity offshore with the gas captured at the well (Fialor, 2018). The study therefore will endeavor in the question of whether the gas to wire production technique is an economically viable method to reduce emissions coming from offshore natural gas flaring.

The project models the use of this technology to reduce the flaring of natural gas by generating electricity that can serve both the platform and the market. This would be quite a challenge due to the lack of investments such as this in Mexico and still, the existence of just a few in Europe.

After undergoing a discounted cash flow valuation of a 300MW offshore power plant held in a tanker next to the Ku-Maloob-Zaap field, the deterministic model resulted in a 40M USD net present value, 10% internal rate of return and a 5% return on investment, which is in some way expected for a project that considers the installation of the electrical infrastructure, that in the case of the UK, for example, is already in place. With more than 750M USD in capital investment, the gas to wire project is marginally profitable. But, regarding the net emissions, around 88 Mt C02eq are abated considering that all the profits are reinvested in the field for abatement purposes, nearly 7 t C02eq / MWh.

Several simulations were run to assess the risk of the electricity price volatility: Montecarlo simulations and random forests. Regarding the first, a log normally distributed price allowed the NPV to be positive in 65% of the 1,000 scenarios simulated; with a random walk price the project had 11% probability of losses; but, in both cases, the medians of the projects were still marginally profitable. The random forests generated concentrated most of the price paths below the 70 USD LCOE and breakeven price.

In the case of the NPV of net emissions, the Montecarlo simulation ran indicated a 91% probability of abatement levels in the project with a median 0.677 t C02eq per MWh. Finally, the multivariable Montecarlo simulation done on NPV by changing electricity price, diesel price and the production decline factor, calculated a 66% probability of losses.

The project is not successful, however, in achieving an NPV/I > 0.3, hurdle set by the UK Oil & Gas Authority as necessary for a profitable private investment (UK Oil & Gas Authority, 2018). Furthermore, the real options valuation elaborated concluded that the investment must not be done in the present time under the current prices, but that there is more value in waiting, in order to allow prices to reach the $88 per MWh hurdle, to be considered as an imminent investment.

Finally, the project is not the only way that flaring of gas can be reduced, but certainly it is one possible path. Experts like Alex Kemp have suggested that an additional pipeline can be another feasible way to do it. Although, in the case of a gas to wire project that considers an investment in the totality of the supply chain, one possible spillover effect to be considered, that other options do not entail is, for example, the decrease of the LCOE on offshore wind in the region.

A representative 500 MW Offshore Wind Farm in the UK can reduce its LCOE from 91 USD to 77 USD (Vakalopoulos, 2019). The latter is a price near the historical electricity price of Mexico, which with subsidies like the Clean Energy Certificates may trigger more investment is low emission energy sources.

Fialor, S. K., 2018. Economic Viability of Harnessing Gas from Clusters of Small Pools in the SNS to Generate and Transport Electricity Directly to Onshore Substations. Aberdeen: University of Aberdeen. 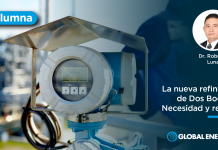 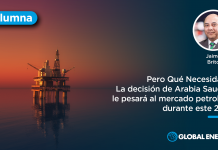 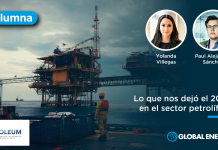 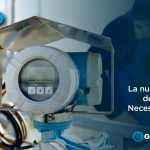 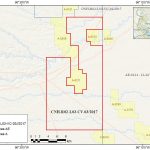